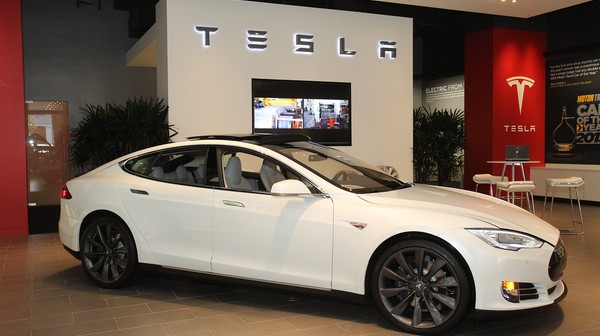 Earlier this year when Joe Fahmy of Zor Capital predicted shares of Zillow (Z) had the potential to double in fairly short-order the idea seemed aggressive, to be generous. Four months later Zillow is more than 50% higher and short sellers are getting their positions foreclosed on by margin clerks across Wall Street.

In the attached clip Fahmy says the same sort of explosive move higher could be in the cards for controversial electric car maker Tesla Motors (TSLA). Cars and houses are both purchases subject to loans and economic strength but the business models couldn’t be more different. What the two stocks have in common are relative strength and legions of haters.

“Last week was one of the worst weeks in over two and a half years for the S&P 500 (^GSPC) and Tesla had a very strong week on great volume fueled by very strong earnings and (shares) are approaching new highs” Fahmy explains. “As soon as we get out of this correction or pullback or whatever you want to call it I think Tesla is in a similar situation (to Zillow in late March). Great earnings, highly shorted, highly hated, disruptive technology we think Tesla could double in the next 6 to 12 months.”

It’s remarkably easy to poke holes in the bullish case for Tesla, starting with the fact that it still sells very few cars and the $30 billion market cap looks nothing short of insane compared to established car makers like General Motors (GM) or Ford (F).

In the case of Tesla not having GM’s baggage in terms of recalls and government probes is very much in the upstart’s favor. Stock picking isn’t a game of lifetime achievement. It’s a question of which company has the greater potential over the next decade or two. At the moment, and I’ll concede this is bull market optimism talking, Tesla has a less mine-laden path to profitability than the beaten up husk of what once was proud General Motors.

Never forget that stocks and companies are separate entities. I’ve been a self-loathing shareholder of Tesla for quite a while and that could change at any time. It’s a momentum name for a bull market, not a suicide pact company that I’m going to hold come hell or high water.